Why it’s best to pump a septic tank in the spring.

Spring is the time of year when the underground water table is at its highest level, due to the spring rains, and the inevitable snow melt. Some years the seasonal high water table gets higher than other years, again due to the amount of rain, and how much and how quickly the snow melts. Frost also has an effect on how much water can get into a leach bed. Because an active leach bed will have more heat in it than the soil surrounding it due to the warm water that gets put into it daily, the leach bed will have less frost over it.

Thus it will thaw quicker than the rest of the soil around it creating the “drain in the bath tub effect,” which will saturate the leach bed even more than the soil around it. The more the ground is saturated with water, the slower it will perk. Think of the ground like a sponge; it will only hold so much water, and then it will hold no more.

Because of this natural spring time phenomena, it makes sense to pump out the septic tank in the spring, because it will usually take the average home a week or better to fill the septic tank back up to operational level, you won’t be putting any effluent in to the septic field for that period of time, thus giving the septic field a time of reprieve. This is especially helpful to older, struggling leach beds that could go into failure because the soil just won’t take the effluent; the untreated effluent gets pushed to the surface, thus causing a failure.

The tricky part to pumping the septic tanks in the spring is that some of the rural communities post the roads in the spring, prohibiting heavy trucks from traveling on them. Call Maznek Septic to schedule your septic tank to get  pumped in the spring! Enjoy the warming weather, and the greening earth! 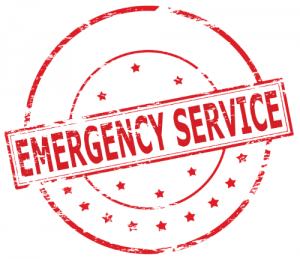 Larry Maznek is different from other septic companies. He makes sure your septic is working properly and does a thorough examination each and every time he pumps.

Maznek Septic provided the services needed for my home on time, on budget and with excellent service and professionalism. Thank you, Larry, for being someone I can confidently refer to friends, family and clients.

I called up Maznek Septic late at night and they were there first thing in the morning and fixed the blockage. Thank you Larry!!!!

Maznek Septic has been pumping our septic tank for the last few years. I am very impressed with Larry’s knowledge and professionalism, and I plan to continue using his services.

Trace is a hard worker, professional and personable. He performed a septic inspection for me when the ground was pretty well frozen. Highly recommended!